What we are listening to…

I entered my first challenge since we started this blog! So exciting! The challenge was from Lin’s Recipes, and it was a surprise challenge. Meaning I chose a number and then discovered only later what I would be cooking 😀 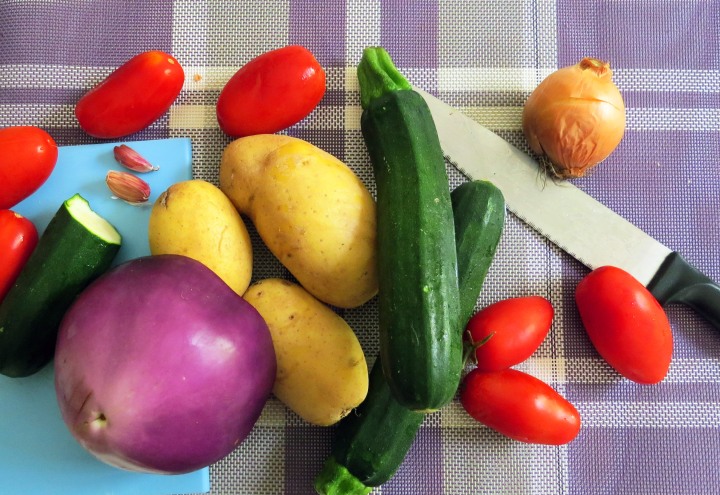 It happened to be a Greek recipe I never heard before in my life, but luckily for me it’s something I really love!! And it was also easy. I thought about adding some ingredients like cheese or bacon but then I decided against it and kept it traditional. As you can see from the first picture, there are colourful veggies involved and that made me really happy while cooking! I don’t know but there’s something that makes you relax while you are cutting and slicing tons of fresh and colourful veggies. If you’re not in a hurry. I wasn’t! 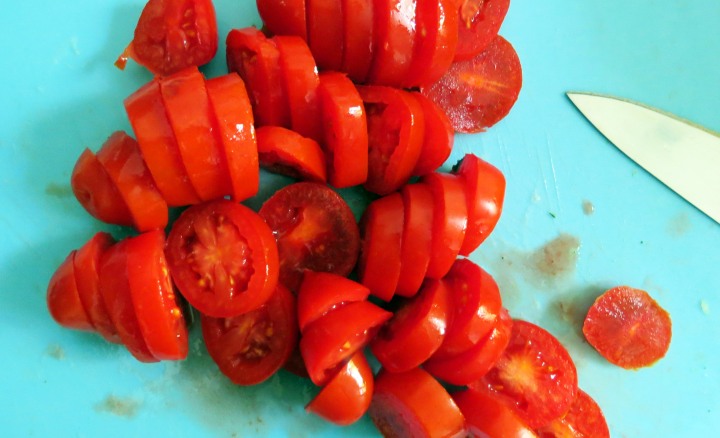 The recipe itself is really easy and it requires ingredients that I always keep at home, especially in spring when the tomatoes begin so be extra sweet and juicy. It’s meant to be a side dish but I’m actually eating it by itself with some bread (bretzels actually) and sriracha, it’s perfect in this season because you can eat it cold or hot, it’s good both ways. 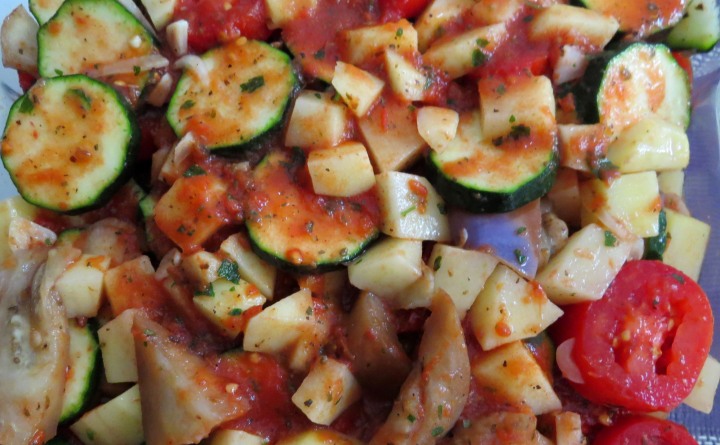 Obviously, since I never heard about this dish, I researched the recipe before cooking it and I found that most recipes were almost the same. Nonetheless I had some troubles with the baking: all of the recipes asked for raw potatoes and raw zucchini, but they were still half-uncooked at the end (and I kept them in the oven 20 minutes more anyway), so I had to transfer all the veggies to a pan a second time. So the recipes that follows takes that into consideration 🙂 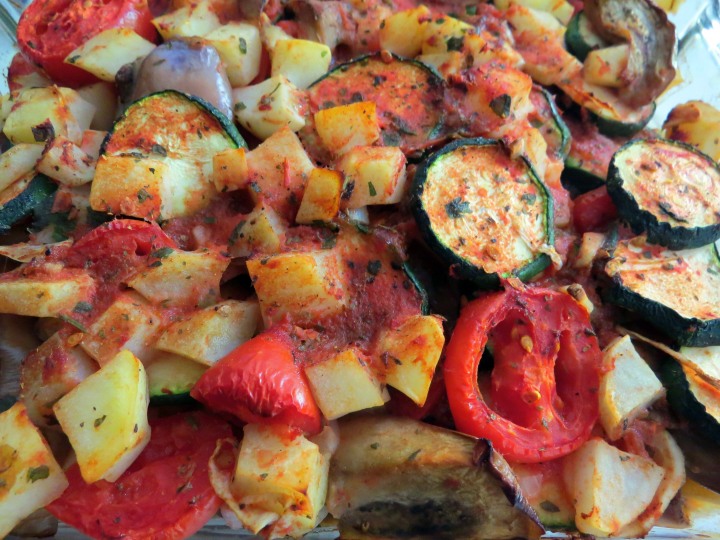 Listen to: Sheryl Crow – If it makes you happy

Drink: Corona Beer – not Greek but summer-ish as this dish

Now for the final touches:

You Betcha Can Make This!

from the cook who never could...

easy & fun recipes for all home cooks // no red meat

Learn about Goan and Indian Recipes